While waiting in the stifling office of the Spanish Consulate with nauseating honeymooners looking for travel visas and a desperate old man clinging to the counter when told his visa wouldn’t come in time for a family together, I saw one girl standing in front of me who obviously was not Spanish. I leaned over in my seat as the hard plastic cushion stuck to my skin from the humidity, and nodded to the forms in her painted fingers.

“Where you’ going? Madrid? Barcelona?” I asked.

“Madrid too, awesome. Where you going?”

She stood there gaping. “Holy crap! No way.”

From our strange moment of connection we then checked out the large map on the wall as we waited for our numbers to be called and then exchanged numbers.

Since then Angela and I have had coffee together on campus, talking about her getting an apartment for two weeks with a Brazilian girl and about our plans once there (including my planned day to simply camp out in the Prado by all of Goya’s works). When I mentioned my mother was coming for the first week before I start school to help out with setting up bank accounts and getting a cell phone she gave me this deadpan expression. Okay… had I said something wrong?

Then when she was planning a theoretical Oktoberfest trip (that I could never afford) with me, her, and her German boyfriend, I mentioned that my Grandparents were meeting me in September and then flying me up to Liverpool for Thanksgiving.

She pulled back from the seat in Williams, moving her chai latte beside her face. “Okay wait, so is your entire family like going on this exchange with you or something?”

Apparently my family is practically lichen. 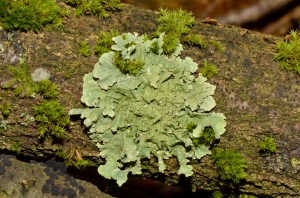 The more I thought about it though, and with the potential addition of my little sister coming up on her fall break, well, shit she was kind of right. I mean there Angela was, already having two years living alone in Japan under her belt with a no doubt sexy European boyfriend and plans of living downtown right near Latina.

And on the other hand there I was: hopelessly single and queer, planning to live in shared dorms again in the Getafe suburbs of Madrid, and having my family constantly checking up that I haven’t been smuggled across the Alboran Sea to Morocco for sex trafficking.

If she was the bright red foreign sports car of exchanges I was a soccer mom’s mini van complete with child locked windows.

Don’t get me wrong, I’m excited to finally drag my grandparents out of their Liverpool cocoon and the idea of having my mom around to do some shopping has my wallet crying out in relief… but then there’s the idea of my mother coming with me to La Tomatina stuck in my head.

I keep getting these horrid flashbacks to middle school when I and an old friend Alanna had convinced both our mothers to drive us to Anime North, Toronto’s largest anime convention, for the cheapest and shortest day. For hours my mother did nothing but complain about how there was nothing to do, how it was weird that people spent money to buy anime merch, and how that middle aged man dressed as Sailor Moon needed help.

I preemptively feel like I’m that little kid again, having to constantly defend my interests, something I still often have to do with my parents. The idea of doing that with something I’ve had on my bucket list for years with my mother is concerning.

“What do you mean you just stand around and throw tomatoes? We could do that at home for 3 dollars.”

“It was so short, is that honestly really it?”

“Isn’t there anything else to it?”

The whole point of an exchange is to put yourself in situations were everything is foreign to you. The whole point of going alone is to do just that under your own terms without having to justify why you want to throw overripe tomatoes at people, or visit Speedy’s Cafe in London because of BBC’s Sherlock, or go to Chianti just to drink it with some fava beans (do you see the trend in a lot of my day trip choices?).

With your old life constantly popping in to remind you of it, I wonder if it’s going to be the romantic, soul-searching experience I picture it being (and it’s just that, a romantic notion practically stapled in my head from unrealistic books like “Eat, Pray, Love”).

This is why, no matter how much my family begs me to find someone to travel with once my exchange finishes, I really don’t want to. Not with Angela, not with anyone. And maybe that’s why the longer I stare at the route I’m taking once I’m finished the exchange the more inclined I am to add Bosnia to the list.

I want to stand alone in the one country my parents forbade me from going to in the middle of winter right beside the land mine signs. Like eating Lucky Charms for the first time in University I want to send the picture with the caption “YOU DONT CONTROL ME” like I’m some angst ridden teenager on a rebellion bent. Only this time freezing half to death in Mostar, Bosnia beside explosives.

So yes, my family is sticking to me like moss with this exchange, but damn if I’m going to let that make me into a family Sudan. Screw you sticky fingerprints and mini TVs with Dora the Explorer playing 24/7, I’m at least a Prius.

What do taking a bus and smuggling drugs across the border have in common? They both happened while taking the longer route.

With one of my best friends contemplating going back to Alberta to find work, I am reminded by just how vast Canada is. He is going to Alberta as cheaply as possible, and he plans on taking a string of buses for a trip that will take two to three days in total. It’s uncomfortable bus seats, truck stop food, and the open road for him for an unconceivable number of hours.

Although technology makes travelling incredibly easy with planes and high-speed trains, sometimes it is those uncomfortable bus seats and the people squished around you who make all the difference.

I’m advocating for trying, at least once in your life, to take the long way around. Sure, it is easier to get on a plane and be at your destination in a few hours, but this causes us to lose the human element of travelling. Travelling isn’t just about going to new places, but also about meeting new people you wouldn’t have met otherwise.

While my “long way around” experience wasn’t as long as my friend’s, I took a 12-hour bus ride to New York, NY to visit my friends Nat and Jesse (from Miami and Boston respectively). I hopped on the cheapest Megabus I could find ($40), and was loaded into a double decker bus with a criminal level of wifi, considering their advertisement of “FREE WI-FI” haphazardly stuck to the window. Ignoring all of humanity for a few hours was not going to be an option this time.

That’s when I met her.

Barbara just happened to plop down beside me and immediately she turned to me and said, “Sorry in advance… I’m a little hungover.” She then pulled out a foil-wrapped burrito, which, unknown to me at the time, would become her constant companion for the entire 12-hour trip.

I thought she was a little odd; blonde, tall, late-20s, and with a pretty bad case of “resting bitch face.” Barbara had a confidence that I later found out stemmed from her complete and utter lack of consideration for other people’s judgements.

Because of her confidence and my apparent lack of (I was sporting sweatpants and a reclusive vibe emanating from me as I turned my computer screen away from her nosy eyes) I thought her comment would be the extent of our interaction, but before we drove off, she gestured to the middle aged hippie at the bus stop with the patchwork skirt and tells me the woman had tried to buy weed from her. It was then I knew it would be an interesting trip.

I am not one to talk to strangers but the more we exchanged small talk about me handing her Gravol so she wouldn’t throw up burrito all over me, and about her wicked hangover, the more I wanted to. We spoke almost non-stop for the entire 12 hours. I found out she was actually a college professor whose entire family sold weed, some of which she stashed in her seat to smuggle across the border. Barbara was leaving Toronto for New York to see a guy she’d met only two weeks prior after telling him that he was hot from across the street. Her confidence was infectious, and eventually I, in turn, told her my life story.

At every pit stop we were together, dissing Dunkin’ Donuts and popping all the creaks out of our bones. She kept tucking into the burrito, who by this point had become practically another passenger worthy of a separate ticket, as she told tales of throwing garbage out of a moving cab while stalking assholes from a bar who had run up a tab and left them with it.

Barbara had a knack for weaving stories together, and my favourite was about her and her sister running into the ocean from a sheriff trying to arrest them for public disturbance after almost being arrested for drunkenly yelling at an angry coffee store worker. The woman had vehemently insisted that Barbara was lying about getting the wrong change, so in turn Barbara went around drunkenly screaming to the customers that the coffee shop was “an institute built on lies.” Once the woman barricaded the door to contain her until the Sherif arrived, she had barrelled the woman over, thrashing around like some feral fox that animal control was trying to wrangle. Her sister meanwhile was still passed out in a nearby bush.

She said once the sheriff had refused to get into the water to catch them they had smoked up as they waded through the sandbanks all the way back to her beachside hotel.

I was more honest and open with her than I am with a lot of people. We laughed, talked about education, our friends, and life in general with such ease. It felt cathartic to be able to talk about anything with someone you’d never meet again. When we parted, we wished each other a great life.

Being shoved into a small box for hours with strangers and with nothing to pass the time forces us to communicate. So save some money and try taking the long way around next time you travel. Who knows who you’ll meet?

(Posted originally in my IMPRINT column “A Broad Abroad”, edited for “A Real Adventure”)